19’ long – 8’ beam at gunnel, welded aluminum boats with 2017 Mercury engines.  These are lodge boats used on the NW side of Vancouver Island and are stored out of the water during the off-season.

About 2/3’s of the engine hours are trolling, engine and leg oil every 100-120 hrs, engine fuel filters twice a season and spark plugs mid-season.

Things to consider:  needs a couple new LED running lights and has a broken transducer for the HDS5 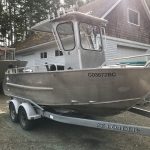 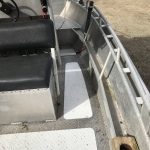 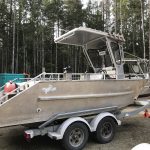 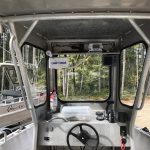 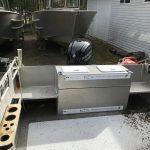 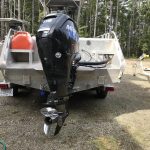